Chinese Cities Accelerate their Bets on the Metaverse

Different countries have included digital universes in their work plans that accelerate bets on the Metaverse for the coming years.

The exploration of the Metaverse has been projected as an excellent trend for 2022. Since Facebook became a Meta a few months ago, hundreds of companies, organizations, and even public administrations have shown their interest in joining the development of initiatives in digital universes. From virtual offices to educational plans, it seems that the opportunities in this development are endless through embassies.

Different Chinese localities also seem to have seen the enormous range of possibilities offered by metaverses and, in this sense, have included digital universes in their work plans and projects for the coming years. In December, the Shanghai authorities shared an electronic information industry development strategy that included the Metaverse as one of the four main frontiers to be explored.

The document, according to CNBC, indicated the intention to “promote the application of the Metaverse in areas such as public services, commercial offices, social entertainment, industrial manufacturing, production security, and electronic games. “Thus, the Municipal Commission of Economy and Information plans to increase research and development of underlying technologies, including sensors, real-time interaction, and blockchain.

Following Shanghai, Zhejiang province, home to e-commerce giant Alibaba, has announced its focus on future Chinese technologies ranging from the Metaverse to advanced semiconductors. And more recently, the cities of Wuhan and Hefei have also pledged to push forward the development of the Metaverse over the next five years, they shared this week and the South China Morning Post reports. The former has stated that it aims to integrate the Metaverse, big data, cloud computing, and Blockchain with the real economy. In contrast, the latter has noted that it will cultivate several leading companies and products in “cutting-edge fields.” like the Metaverse.

The Big Technology Companies Also Bets On The Metaverse

The commitment of different Chinese localities to the Metaverse reflects their desire to show the central government that they are updated and up to date with emerging technologies. This interest is also aligned with the initiatives launched by the giant Chinese technology companies around digital universes. Alibaba, Baidu, and Tencent have already launched projects in this line through new business divisions linked to the Metaverse, the acquisition of companies, or the development of applications.

Along these lines, the sought-after Beijing-based Baidu held what it claimed to be China’s first metaverse conference late last year. The event was meant to mark the opening of the company’s metaverse app, dubbed XiRang, to developers. However, the firm considers that approximately six years will be necessary until the complete and commercial launch of the application can be carried out.

The enthusiasm, both of the Chinese public administrations and the country’s companies, for the Metaverse seems to meet the skepticism of the central government. Media closely linked to the government have published different articles. They warn that this next frontier needs to be developed in greater depth, exaggerating the opportunities it offers would be overexploiting its future, and the Metaverse is still far from industrializing its concept.

However, Martin Lau, President of Tencent, has commented that Perkin would allow services based on ecosystems of virtual universes to operate in China as long as they comply with the regulations. “The Chinese government will support the development of such technologies as long as the user experience is provided under the regulatory framework,” collects Reuters as commented by the manager in a meeting. It is worth remembering the scrutiny of the Chinese central government on the internet and developing technologies such as cryptocurrencies. 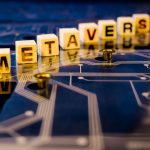 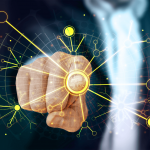 Metaverse is taking the Technology Sector by Storm May 11, 2022
Previous Post China to Develop Metaverse Application
Next Post Crystal Kingdoms Nft or CKG Coin, the Metaverse on Binance Smart Chain