Today, we will look at our choices for the top 5 most traded Metaverse Crypto Coins, having an estimated market value of less than $100 million to keep an eye on in 2022. classified by the volume of trading per hour from the lowest to the highest.

Below are the details for top five traded Metaverse crypto coins.

Terra Virtua Kolect seeks to provide a platform for users to save their most loved NFTs and share their experience through Terra’s social world.

Users can check the TVK NFT marketplace in beta and look through hundreds of 2D and 3D NFT collections. The purchases in the Terra market can be made using a credit card using ETH and TVK.

TVK is the primary token in the Terra Virtua Kolect ecosystem. The Collect token lets users bet on TVK to be a part of its exclusive prestige clubs and earn NFTs, collectible rewards, etc. In addition, they get TVK rewards when they complete competitions such as missions, competitions, and others. Users can also create their digital collectibles and fan tokens with the help of Terra Forma tools, allowing businesses to boost their brand and make money from their creations.

With a vibrant ecosystem and an ever-growing customer base, Terra Virtua Kolect is worth watching in 2022. Recent news has revealed that TVK changed the well-known Bored Ape NFTs to VFLECT versions, native 3D profile NFTs designed for on the TVK platform.

You can purchase TVK on major exchanges such as Binance, KuCoin, Uniswap, etc.

In November 2021, Mines of Dalarna was an action-adventure Metaverse game based on the blockchain Chromium. The game offers 2D platformer-based gameplay that permits gamers to mine for ores and improve their characters by increasing the quality of their characters and upgrading their equipment.

Every item and action in the Mines of Dalarna is registered on the blockchain. It stops fraudulent actors from taking advantage of the system and gives complete ownership of assets for players. Additionally, the game has a play-to-win feature that allows players to get tokens and prizes when they play.

The DAR token acts as the game’s utility token that allows players to put their money into the asset to earn resources and increase their level. In addition, landowners within the Dalarna Metaverse can earn rental DAR and then spend it in the marketplace to upgrade their equipment.

The game is in the beta stage, and the mainnet version is expected to be released in the second quarter of 2022. Despite the recent bear market, Mines of Dalarna has the highest community support, and its development team was able to stay on top of its schedule.

With a new update in a recent update, the Mines of Dalarna team announced that they’re on track to launch Mines of Dalarna 2.0 by Q1. Furthermore, they intend to begin using Binance Smart Chain to handle DAR and transactions through NFT, which means no gas costs for users.

All in all, Mines of Dalarna is an under-appreciated project that has an experienced development team. With the mainnet launch planned in the coming weeks, DAR is worth keeping an eye on since its price could experience significant increases once the mainnet is launched.

You can purchase DAR through Binance, Crypto.com, PancakeSwap, etc.

In March 2021, Ethernity Chain was dubbed the first licensed and authenticated NFT platform. Ethernity’s NFTs are branded with famous brands and IPs from sports, content, collectibles, and technology.

Ethernity has over 32 collections, with more than 100,000 NFTs. The majority of collections have sports themes. If you’re a football or soccer enthusiast, you’ll find an NFT from the player you love.

Since NFTs are fully licensed and authenticated, The price of collectibles can be as high as the thousands. This exclusive license gives this Ethernity network unique and an advantage over the traditional, non-authenticated NFT markets.

ERN is the ERC-20 token native to the Ethernity Chain platform and is used to make transactions and stakes. Users can earn LP tokens by offering liquidity to the pool of ERN/ETH and then staking these tokens for a rate of APY that is more than 66%!

Ethernity Chain is well worth looking at since their exclusive entertainment and sports NFT collection is among the most well-designed and sought-after available. The Ethernity ecosystem has a lot in common with the Theta NFT market that is flush with an estimated value of billions. With a current value of $66 million, Ethernity is an undervalued project whose value could increase in the coming months.

You can purchase ERN via Binance, KuCoin, Uniswap, Poloniex, etc.

The company was launched in April 2019. Verasity is a blockchain-based company seeking to provide a new experience for esports, Digital Rights Management, and advertising technology.

Verasity aims to tackle the $160 billion fraud problem caused by fraudulent engagement across different platforms. The view proofing process assures that content views come from real people and not bots. It lets Verasity boost the engagement of advertisers and publishers’ revenue.

Verasity is also launching its streaming platform called Verasity TV. Customers can make VRA tokens by watching advertisements and videos by their preferred authors and producers. If the trophy icon on the upper right corner of the video changes to green, you can take advantage of the rewards that will be transferred directly to your account.

Verasity is one of the fastest-growing communities, and VRA is something worth watching in 2022. According to the timeline, Verasity’s NFT marketplace is set to start in the third quarter of 2022, together with reselling capabilities for VRAs. Marketplace resellers. When the market is open, VRA could see significant price increases quickly.

VRA can be purchased through KuCoin, Uniswap, Bittrex, and many more.

The first launch was in April 2021. Alien Worlds is the most well-known Metaverse cryptocurrency available, having over one million users within the past month. Alien Worlds is integrated with the WAX and BSC chains, offering users a variety of ways to earn rewards.

The game is based on trillium mining with NFT-based tools that players can buy from the AtomicHub marketplace of WAX. Furthermore, players can place the TLM token on the BSC chain over a time of between 2 and 12 weeks and earn substantial rewards and rare NFTs.

The greatest thing about Alien Worlds is that it is a very low-cost admission for users who are new to the game and want to gain entry into the door by playing NFTs and blockchain-based games. In addition, WAX Cloud Wallet makes it simple for users new to creating an online wallet and buying WAXP to interact with and participate in the Alien Worlds economy.

As the most adored Metaverse cryptocurrency, Alien Worlds is also a massive bet for 2022. TLM token is one worth watching this year.

It is possible to purchase TLM through significant exchanges such as Binance, KuCoin, Poloniex, FTX, etc. 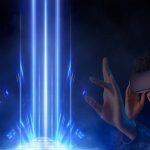 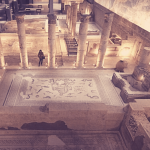 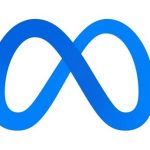